Johannesburg – PRASA Board of Control says it has taken a decision to terminate the employment contracts of some senior executives after they took advance of the state of the rail agency.

According to the board, it transpired upon analysis of employment contracts of executives that some of them (executives)
ought to have left PRASA years ago.

The board says that all executives at PRASA are employed for a period not exceeding 5years with no expectation for extension of the employment contract.

In a statement, the board says it observed that the executives have been aware at all material times that their employment contracts were for five-year period and not more. “However, it appears the executives capitalized on the instability at the Board level culminating in their extended and unlawful stay at PRASA.”

On 29 January 2021, PRASA has terminated the employment contracts of the following executives with immediate effect:

Ms. Martha Ngoye, Group Executive: Legal, Risk and Compliance was initially employed in 2012 as CEO of Intersite, one of PRASA’s subsidiaries. Effective from 1 September 2015, she was transferred to her current position. Ordinarily, Ms. Ngoye’s stay at PRASA ought to have terminated on 31 August 2020.

PRASA has also resolved to institute legal proceedings against Ms Ngoye for unlawfully approving payment of R58m to SA Fence & Gate when she had no authority to do so. 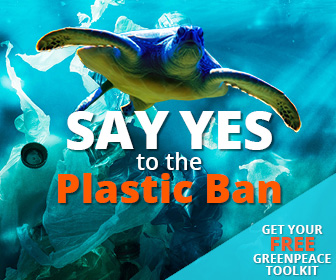 Mr. Nkosinathi Khena, Chief Operations Office reinstated the SA Fence and Gate’s contract knowing of the company’s breach (SA Fence & Gate) which breach was also brought to his attention by National Treasury in a letter dated 21 April 2016. An amount of R25m was paid to the said company without requisite authority and/or approval.

Mr. Khena was at the time Acting-Group Chief Executive Officer and his unlawful conduct caused PRASA to incur financial
loss. Further, Mr. Khena reinstated Ms Ngoye, who at the time was lawfully suspended by Mr. Lucky Montana (Group CEO as the time) for unlawful approval of R58m to SA Fence and Gate. PRASA will institute legal proceedings against
Mr. Khena for financial loss it suffered due to unlawful conduct of Mr. Khena. Mr. Khena has been on suspension and his employment contract was terminated with immediate effect as of 29 January 2021.

Ms. Pearl Munthali, Chief Executive Officer of PRASA Foundation has been on suspension for alleged misconduct. Upon perusal of records, it transpired that Ms. Munthali’s contract ought to have been terminated upon the expiry of five-year term. The board says it will take it upon itself to ensure that systems are put in place at PRASA and the core business of running
passenger rail is restored. This is in line with the with the recommendations from the Auditor General. Crypto is back in the Netherlands!

[Europe Only] Get pet insurance now

Jo’burg mayor calls for ‘swift action’ on PPE Procurement allegations in the city.